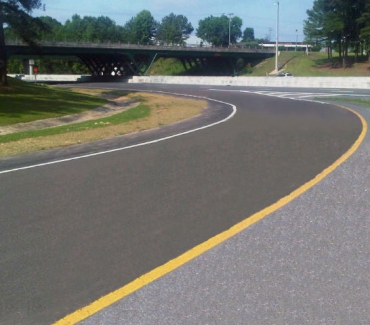 E-Bond 526 HFST is a two-component epoxy resin based binder. The binder can be applied to both asphalt and concrete, manually or automatically, and is capable of rapid cure in three hours or less at temperatures above 50° F.

When incorporated with broadcast aggregate this system adds increased skid resistance that can greatly reduce accident and fatality rates on hazardous roadways. 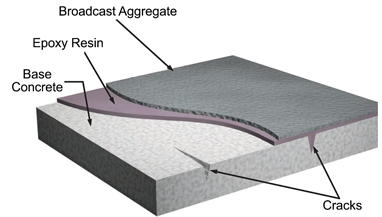 Transpo's T-28 and E-Bond 526 can be used as a part of HFST on the following asphalt or concrete pavement surfaces: